Well, here’s a bit of bitter-sweet episode: when the Enterprise beams down to a planet near the Neutral Zone, they contract radiation poisoning that causes them to age 30 years in a day, resulting in pounds of make-up, Kirk being relieved of command by (you guessed it) a Starfleet bureaucrat who has no actual command experience (who OF COURSE almost gets them killed by Romulans.)  But while the episode itself isn’t all that remarkable (aside from some fun make-up) it’s the strangely prophetic nature of the episode that gets me:

The cast of Star Trek DID age quite considerably while acting in the films and resulting franchise and as a result it’s a little sad to see “wow, wouldn’t it be crazy if we looked like this!” (Particularly in light of The Simpsons’ Star Trek XII: So Very Tired)

So, here’s what this episode had me thinking about: how close did they get with the makeup?  Well, here’s a comparison chart:(Apologies for the funky formatting; wordpress hates that I’m trying to put two images next to each other.)

So, facially, Shatner made out a bit better than his on screen compatriot, maintaining the intensity and charming smile; the big difference, of course, is Shatner’s size gained from a life well lived.  Definitely not something becoming a young actor playing an old man and an obvious choice to avoid in the show. 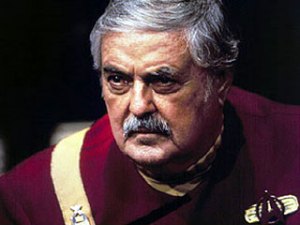 Scotty is the big winner here, I think, growing into quite the distinguished looking gentleman with age.  The show producers certainly could not have predicted how an epic mustache would make all the difference. 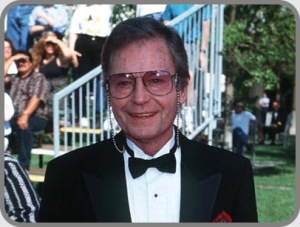 Bones aged the most during the episode, to an age that sadly Deforest Kelley didn’t live to see, but nevertheless, the good Doctor kept the charming smile in real life far moreso than his TV counterpart.  He also continued to get hair cuts, something his TV counterpart oddly failed to do (his hair grew twice as fast as he aged?  A problem most men would like to replicate on their heads as they age, no?) 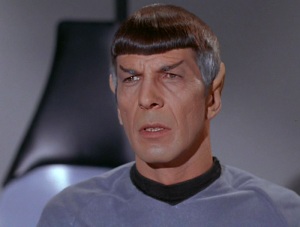 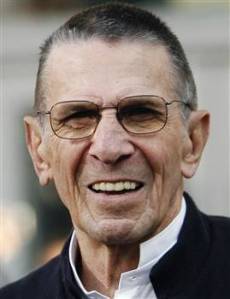 With Spock, they got the facical aging mostly right, but with one major difference: they didn’t know that Nimoy would grow to have such well-defined laugh lines.  Certainly a facet that would not have fit Mr. Spock, but a happy one in an actor whose career has brought so much entertainment.